Registration and application form for the Japanese model organism researcher.

Japan has a long history of tackling to so call “Nan-byo” (intractable diseases) mostly led by Ministry of Health, Labor and Welfare. IRUD (Japan’s Initiative on Rare and Undiagnosed Diseases) was started with the support of AMED and numerous disease (candidate) genes were identified with the aid of NGS. To utilize and extend the achievements of IRUD research, IRUD Beyond projects were launched at November of 2017 aiming to achieve below subjects.

Model organisms approach is effective to resolve these problems. Indeed, we have witnessed how the Canadian RDMM (Network) has so effectively addressed this problem by connecting the clinical and model organism researchers’ communities and providing catalyst grants to support collaborative functional characterization research. Accordingly, our model organism project as Japanese RDMM, is aiming to identify biological mechanisms of rare diseases under tight interaction between IRUD researchers and model organism researchers. We are strongly hoping that our new challenge will end up with fruitful success. 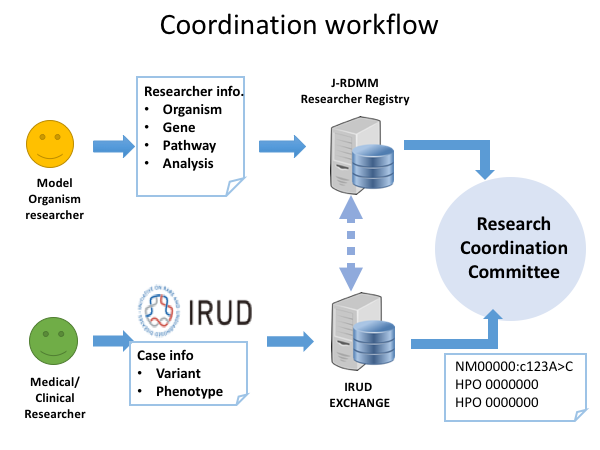 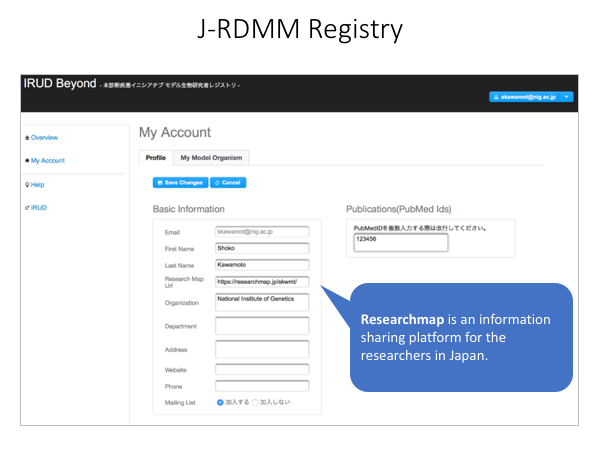 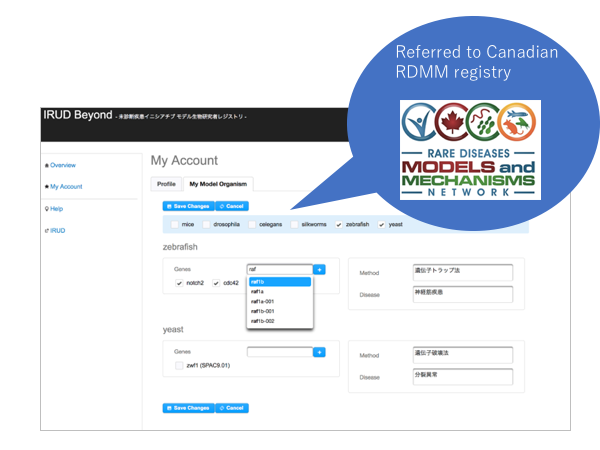 J-RDMMN project is promoted under the Initiative on Rare and Undiagnosed Diseases (IRUD) by the Japan Agency for Medical Research and Development (AMED). The National Institute of Genetics serves as a representative organization, organize coordination committee and conducts nationwide recruitment of researchers on model organisms. 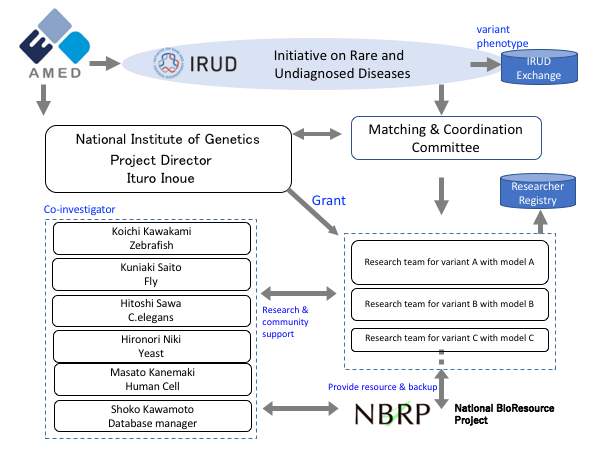 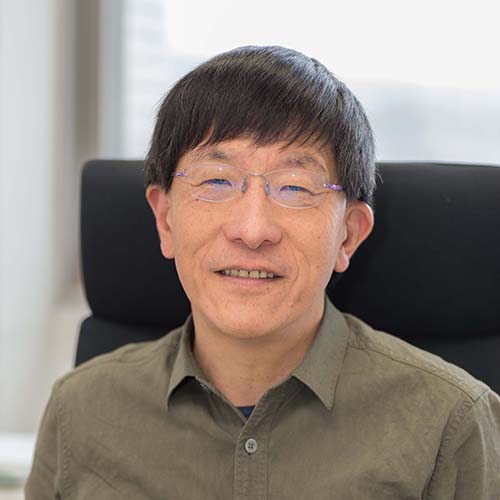 
Model organism researchers, who hope to register in the Model Organism Researcher Registry and proceed to matching, are requested to complete the steps shown below.

Registration in the models researcher registry

Submission of the non-disclosure agreement

Submission of the application form

The distribution of research funds

For information and inquiries

IRUD researcher who want coordinate resrearch with model organisms researcher、please send the application form by e-mail to the address below.

For information and inquiries